Answer: Python was developed by Guido van Rossum and was released first on February 20, 1991. It is one of the most widely-used and loved programming languages. Python is a highly comprehensive, interactive, and object-oriented scriptwriting language. It is specifically developed with the purpose of making the content highly readable among the net surfers. Python makes use of various English keywords other than just punctuations. It is also a free and open-source language with very simple and clean syntax. This makes it easy for developers to learn python. Python also supports object-oriented programming and is most commonly used to perform general-purpose programming.

Question 2 : What are the distinct features of Python?

Answer: The distinct features of Python include the following.

Question 3 : What is Pythonpath?

Answer: A Pythonpath tells the Python interpreter to locate the module files that can be imported into the program. It includes the Python source library directory and source code directory.

Question 4 : Can we preset Pythonpath?

Answer: Yes, we can preset Pythonpath as a Python installer.

Question 5 : What is a Typing?

Type-checking can be done at two stages –

Python is an interpreted language, executes each statement line by line and thus type-checking is done during execution. Hence, Python is a Dynamically Typed Language.

Answer: PEP 8, sometimes spelled PEP8 or PEP-8, is a document that provides guidelines and best practices on how to write Python code. It was written in 2001 by Guido van Rossum, Barry Warsaw, and Nick Coghlan. The primary focus of PEP 8 is to improve the readability and consistency of Python code.

Answer: Tuples is a sequence data type in Python. The number of values in tuples are separated by commas.

Question 8 : What is the major difference between tuples and lists in Python?

Answer: There are several major differences between tuples and lists in Python, which include the following:

Answer: A Pass statement in Python is used when we cannot decide what to do in our code, but we must type something for making syntactically correct.

Question 10 : What are the limitations of Python?

Answer: There are certain limitations of Python, which include the following:

Question 11 : Why do we need a break in Python?

Answer: Break helps in controlling the Python loop by breaking the current loop from execution and transfer the control to the next block.

Question 12 : Why do we need a continue in Python?

Answer: A continue also helps in controlling the Python loop but by making jumps to the next iteration of the loop without exhausting it.

Question 13 : Can we use a break and continue together in Python? How?

Answer: Break and continue can be used together in Python. The break will stop the current loop from execution, while continue will make jump to another loop.

Question 14 : What is an Interpreted language?

Keep following us for more upcoming educational content. You can also leave a comment, if you want us to publish on other subjects or technology. 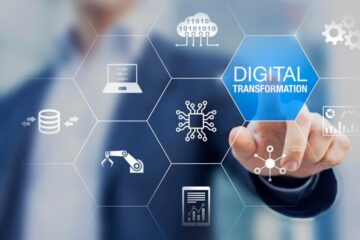 Machine Learning – Exploring the Model Fresco Play MCQs Answers Disclaimer: The main motive to provide this solution is to help and support those who are unable to do these courses due to facing some issue Read more…

Disclaimer: The main motive to provide this solution is to help and support those who are unable to do these courses due to facing some issue and having a little bit lack of knowledge. All of Read more…

Disclaimer: The main motive to provide this solution is to help and support those who are unable to do these courses due to facing some issue and having a little bit lack of knowledge. All of Read more…